In Memory of Douglas Deaver 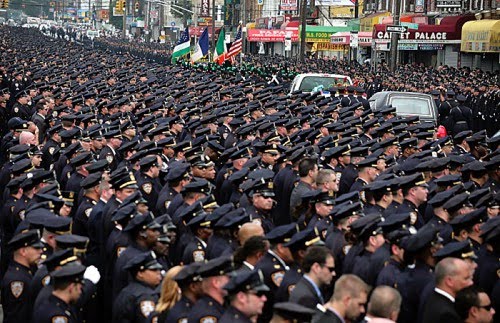 One day may community healing apply to all…

The way law enforcement conducts itself towards each person encountered, the way each person treats them in return, it’s what shapes the vulnerable psyche of each officer.

It’s reflective of what happens to them when we hire them to daily “serve” the worst characters humanity has to offer.

There are never enough mental health services for completely assisting someone who has to go through what a cop goes through on a daily basis. And it’s way too easy for our TV-culture or an officer’s peers to dismiss the reality that cops are being deeply wounded by the people they interact with.

Even more troubling is that when an officer is brutal the checks and balances, and or, laws that rule our collective behavior may not be there for them.

Those closest to us will always support our side of the story… Someone is always to blame? Right?

We all need help sometimes…

“The Vancouver, Wash., Police Department says a man found dead of an apparently self-inflicted gunshot wound was one of its officers. Police spokeswoman Kim Kapp identified the man Wednesday as 46-year-old Officer Douglas Deaver. She says he was hired by Vancouver in October 2000 and previously worked 10 years for the Dallas, Texas, police. Vancouver Police Chief Clifford Cook described Deaver as well-liked and hardworking. The Clark County sheriff’s office says the off-duty officer who shot himself Tuesday night in the woods near Battle Ground was distraught over marital problems. The Columbian reports the man had been drinking and putting a gun to his head, and deputies had responded to a report of a domestic disturbance at his home. Sheriff’s Sgt. Tony Barnes says deputies were trying to talk with him when he walked into the woods.” From SeattlePI

This entry was posted in Towards Better Social Reality. Bookmark the permalink.